What I’ve Learned From Innov8rz: Veer

Innov8rz has helped me and taught me several new things. Before I was using Tinkercad, but now Autodesk Fusion 360 has even more tools to improve my projects. The competitions are cool and by joining Innov8rz, I can compete. Innov8rz has taught me several things about pulleys, slides, and much more. I look forward to helping build the robot and 3d design some things. Some tools I learned from Fusion 360 are filetting and extruding; these tools improved my projects.

When I first joined, I was introduced to all the apps and things we will be using. I got to meet everyone in Innov8rz and get an idea of how everything was going to work. I got Fusion 360, where I started 3D designing. 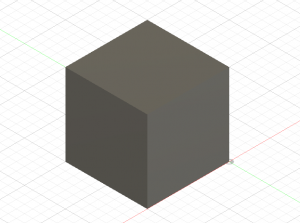 I started to get more used to all the things. There were apps we used for resources, commmunication, and originization like Asana and Zoom chat. I started getting my first assignments like the rotational and linear joints and the camera mount. I did some reserach to understand both projects and got to work. I tried to familliarize myself with autodesk a bit more. 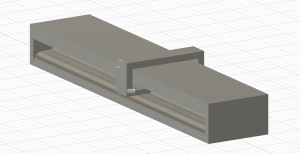 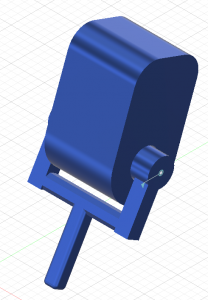 I got to work on the camera mount. We were making a mount for the Logitech C920 camera to connect to an x-rail. Originally, in the old robot, there was an iphone mounted on the robot used as the camera, but this time we are just using a camera. I got to do the vertical camera mount which means the x-rail is mounted vertically on the robot. 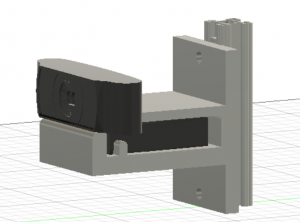 This is my camera mount. I tried to fix overhang from feedback.

I then realized that the front camera part was detachable and modified my mount based off of that. Some other projects and ideas were discussed like the battery mount. The outreach advanced CAD classes were starting by Innov8rz and I decided to join with Chintan and Aashi to get better at my Fusion 360 skills. I made different things starting with simple tools and then went into making more complicated porjects. After the week we made cars, houses, beds, and much more. I pretty much finalized my camera mount design with a few changes. We then started focusing on strnging and linear slides. For the event we probably needed some kind of slide mechanism. I was looking into cascading slides. I did some research and we then started trying to make designs in CAD and looking for parts. I created an insert for the bearing so the belt could move. Our design required clamps and was a bit confusing. We decided to look into other linear slide design options. We decided that there was a good design and we then got to work on that too. We each designed our own linear slide design with finalized parts. My design was worked on and changed a few times as we were brainstorming for working ideas. So dar we’ve done this and I hope to work on more projects and help build the final robot with Innov8rz!

About the Author: Veer Mistry