Day 1: We started off our EV3 camp with a video of what our students should be able to complete by the end of the 5 day camp. We then move onto explaining what the EV3 robot actually is, its parts, and how to program it. 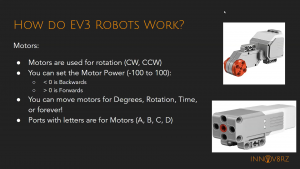 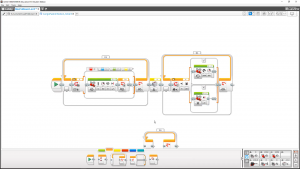 The above pictures who how the EV3 robot works and some example code of what the students will be learning.

Day 2: For the second day of EV3, Mihir and I started off with a review along with a small project so that the students could refresh their knowledge from the day before. We moved onto teaching them about sensors and loops. Finally, we end the day with projects to test the students knowledge. 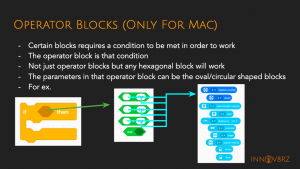 This slide shows students how to add conditions to loops.

Day 3: Starting off the third day of EV3 lego robotics, the students answer a mini project and complete a review project. After that, Mihir and I covered color and gyroscope sensors more thoroughly so that the students could better understand how they worked. Then, they took on various challenges to creatively use their knowledge of sensors. 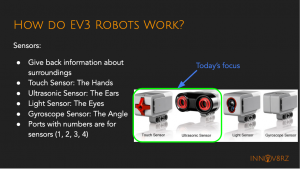 The above slide(left), gives a brief summary of each sensor. The right slide, on the other hand, gives a detailed explanation of the ultrasonic sensor.

Day 4: The fourth day begins with a review of the previous day topics. The students then proceed to learn about the ultrasonic and touch sensors. Because the student’s skills were quickly advancing, Mihir and I gave them harder and harder projects so that all of the students felt challenged. 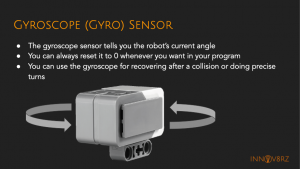 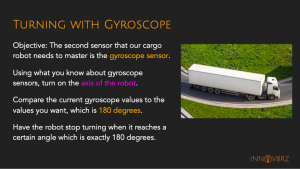 The slides above are connected, starting off with describing what a gyroscope sensor is, then moving to a project that allows the students to see the sensor in practice.

Day 5: The final day of the robotics camp was upon us. We went over a brief review and then gave the students multiple projects that were challenging and also required them to combine all of the skills that they had learned. To end off the week, Mihir and I end off with an awards ceremony to celebrate how far all of the students had come. 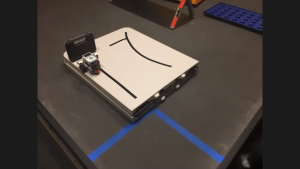 This picture shows one of our students final project code which they ran after much testing.

The second topic to be taught was Advanced CAD. I was teaching this with Sanya. For this class, the expected grade range was 6 to 8. However, due to previous students loving our courses, we had a grade range of 3 to 6. As such our curriculum had to be drastically changed to accommodate these younger students. Because most of these students had been in the Intro to Design course, Rosemary was able to help Sanya and I adjust our curriculum. Sanya taught Intro to Design with Rosemary so they had ideas on how to best slow down the curriculum while maintaining the complexity of the topic. We decided that it would be best for Rosemary and Mihir to join us when teaching this course.

Day 1: Starting off the first day of Advanced CAD, Sanya and I explain what CAD is and how our team has used it. Following that, we taught the students necessary skills of Fusion 360 such as sketching, extruding, aligning, and more. One idea that the team came up with was recreating the same projects that the students had done in TinkerCAD, for Intro to Design, in Fusion 360. We gave the students these projects and further developed them as they learned new skills. 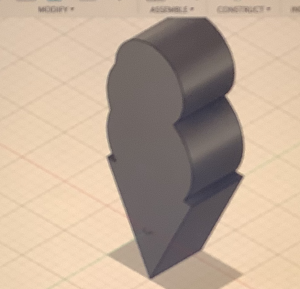 This is one of our student’s ice cream cone project. They had already made this project in TinkerCAD and then remade it in Fusion 360 to bridge the gap between the two softwares.

After the first day was over, we realized that some of the students were going at a slower pace than others. As such, we decided to split the students into two groups. We also tailored the slides to meet both groups needs.

Day 2: With the newly designed curriculum, we were able to teach the students much more effectively. The second day of Advanced CAD started off with review and then transitioned into updating Day 1 projects using new skills such as revolving, spheres, and extruding inwards. We then move the students onto new skills and projects. 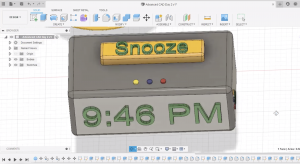 The second day focused on building up some previous skills. Using those skills, we had students make an alarm clock.

Day 3: Day 3 started off with a new project. We decided that the students should make Captain America’s shield and add the proper colors. Then we had the students review all of their skills. We saw that constant revision was best for the students. Then we moved onto teaching filleting and ending off the day with a project, re-creating an alarm clock. 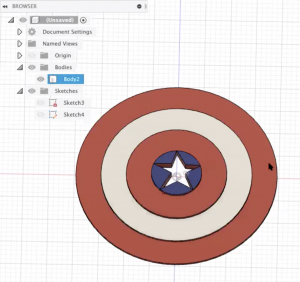 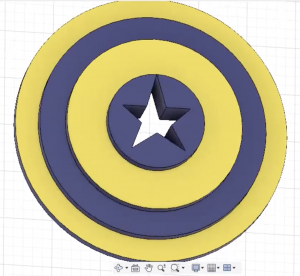 This is the Captain America’s shield project. These are two of the end results that our students came up with.

Day 4: For the last two days, we decided to only have projects so that the students could strengthen their current skills. The alarm clock from the previous day was to be completed and improved upon. Then the students would move onto various other projects such as making a bed, a wardrobe, and even building a house. 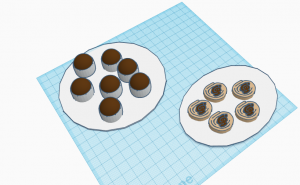 This is one of the projects that we assigned our students. As we were approaching the end of our course, details became much more prevalent in the students’ projects.

Day 5: The last day of Advanced CAD consisted of the students culminating and direction all of their skills into two final projects. For the slower paced group, they made a car, and their room while the faster paced group made a car along with their house. 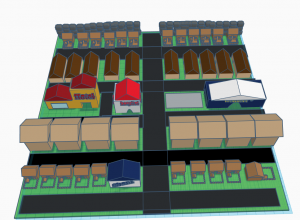 Our final project was to create a house along with attempting to create surroundings buildings and much more.

This experience has taught me about the best way to develop skills in other people. Not only that but having the students enjoy our courses and coming to most of them, marks the end of a long journey in which not only the students have gained valuable experience but also the teachers.

About the Author: Shanyu Chauhan